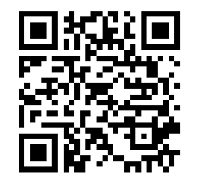 The globalization of the world economy was reflected in the transformation and modernization of Brazilian agriculture. With the support of science and information, a production model was generated. This model has a global standard of economic production, with competitiveness as a main feature. The maintenance of competitiveness depends on significant increases in crop yields and therefore on science, technology and information. The scientific support for the modernization of Brazilian agriculture was provided by research institutions created back in the 19th century, the implementation of graduate programs by Universities in agricultural science, the first in 1961, the formation of Embrapa in 1973, and other institutions dedicated to research and development of technology. Some of the main technological advances resulting of this research effort are: management of acid soils, introduction of symbiotic nitrogen fixation as a general practice in the bean production, development of techniques for insect control by natural enemies, and breeding of winter cereal varieties for acid soils, and adaptation of soybean for different soils and climate conditions, among others.

The productivity gains resulted from better soil management techniques used by farmers, such as no-tillage systems, proper fertilization and an efficient use of higher-yield varieties, which allows for the protection of large expenses of natural ecosystems as conservation areas. Currently, almost 70% of the original vegetation cover of Brazil (517 million hectares in 2012) is preserved. Another favorable aspect of Brazilian agriculture is the efficient use of energy, since the agricultural production depends only on 38% fossil fuels, and the energy matrix is one of the cleanest in the world. Under this condition, nearly 240 million tons of grain will be harvested in 2017, representing a 15% increase compared to the 2016, consolidating one of the most promising tropical agricultures on the planet.